5+5 Water Strategy for the Western Mediterranean

Algeria and Spain have decided to jointly promote a process, in association with the countries of the 5+5 Dialogue, to develop a water strategy for the western Mediterranean basin (WSWM). The aim of this strategy is to promote sustainable water use at local, regional and national levels, through the adoption of cross-cutting goals, management criteria and operational objectives, in order to harmonise water policies in the Mediterranean. Spain and Algeria are actively involved in the peaceful resolution of international conflicts and hope this strategy may constitute a tool of preventive diplomacy, contributing to maintaining international peace and security by facilitating international cooperation on water issues.

In this context, a first high-level Workshop was held in Valencia (Spain) under the auspices of the General Secretariat of the Mediterranean Network of Basin Organisations (MENBO) on 25th-26th February 2014.

The second Workshop of the Water Experts Group within the 5+5 Dialogue towards a Water Strategy for the Western Mediterranean, jointly promoted by Algeria and Spain, was held in Oran, Algeria, on 26th June 2014.

Earlier this year, on March 31st, a Ministerial Conference was held in Algiers (Algeria) for the official adoption of the Water Strategy in the Western Mediterranean Please click on the documents names to download the WATER STRATEGY FOR THE WESTERN MEDITERRANEAN and the ALGIERS MINISTERIAL DECLARATION.

Following the approval of the Strategy we organised a working meeting (Workshop 4) that took place in Madrid (Spain) on the 10th of September 2015. The purpose of this meeting was to present the information compiled so far in regards to the Action Plan and to move forward towards finalising it. The meeting was a great success and general agreement was achieved in regards to the contents and methodology for the Action Plan.

On 24th and 25th February 2016, the 5th Workshop took place in Valencia, Spain, in the headquarters of the Júcar River Basin Authority. The meeting was devoted to discussing the state of play of the Action Plan, to the presentation of the projects proposed so far by the different members and to the dissemination strategy of the Action Plan. A thematic technical session related to the sustainability of dams in the Western Mediterranean was also organized on this occasion. The Action Plan was well received by the members and a calendar was agreed towards its endorsement at Ministerial level.

The 6th Workshop took place in Marseille on 23-24 June. The main objective of the meeting was the approval of the final version of the Action Plan, so that it can be adopted by the Ministers in Marrakech, on the occasion of the COP 22 meeting to be held on 7-18 November 2016. Moreover, a new updated Roadmap was presented together with an updated dissemination plan for the Strategy’s visibility and implementation. Finally, the Workshop included a technical thematic session regarding climate change in the Western Mediterranean in which several members made presentations about specific issues and proposals linked to their respective countries.

Following the celebration of the 6th Technical Workshop of the Water Strategy in the Western Mediterranean (Marseille 23-24 June 2016), a Ministerial Event was organised in Marrakech (Morocco) on the 16th of November 2016, on the occasion of the COP22. During this important event, the 5+5 Ministers officially endorsed the Action Plan and Rules of Procedure of the Strategy. Please click on the document names to download the ENDORSED ACTION PLAN, ENDORSED RULES OF PROCEDURE and DECLARATION OF MARRAKECH.

It was also at this event that, as per the approved “Rules of Procedure”, the Spanish Minister for Agriculture and Fisheries, Food and Environment announced that Spain will hold the Presidency of the Ministerial Group on Water of the 5+5 Dialogue from the 1st of January 2017. The Presidency shall run for a period of two years on a rotating basis.

In accordance with the Rules of Procedure adopted in Marrakech, the Technical Working Group (WG), created by the Ministerial Group on Water (MGW) of the 5+5 Dialogue, gathered in Valencia (Spain) on the 30-31 March 2017 on the occasion of the Technical Working Group meeting (WG7) with the aim of promoting and supervising the implementation of the Action Plan, and discussing a work plan for 2017 and 2018 to be submitted to the MGW. Please find the AGENDA and MINUTES.

On 18th and 19th December of 2017, the 7th workshop was organised in Murcia (Spain). The main objective of the workshop has been to compare the different resource allocation systems in hydrographic basins. This subject matter is included in the twinning agreements concluded by the Segura River Basin Authority with the basins of Loukkos (Morocco), and Chelif (Algeria). Participation in the workshop was also open to the other Mediterranean countries not members of the 5+5, under a cooperation agreement signed with the Union for the Mediterranean.

On 18th and 19th September 2019, the 8th Working Group meeting took place in Valencia, in the headquarters of the Júcar river Basin Authority. The meeting was jointly organised by MENBO and the Union for the Mediterranean (UfM). The main objectives of the meeting have been to set out the state of play of the Initiative, take stock of the accomplished actions and propose and discuss new actions towards the end of 2019 and 2020. A technical meeting was also organised devoted to the issue of Sustainable Development Goals, including the synergies and links with the WSWM. Please find the Concept Note, the Agenda and the Minutes of the meeting. 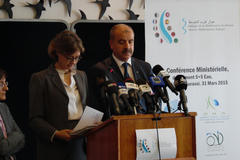 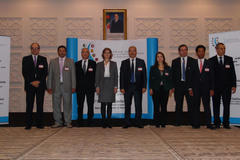 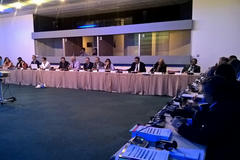 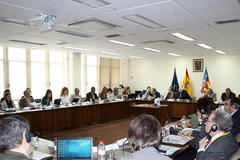 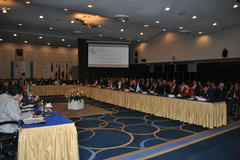 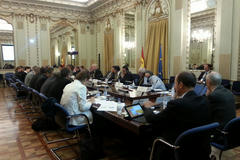 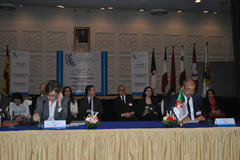 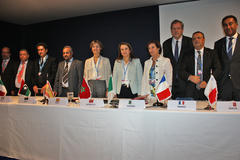 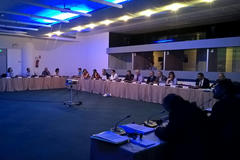 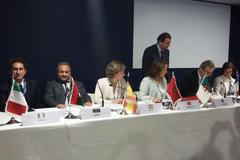 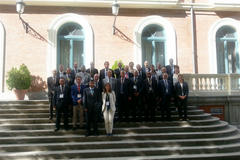 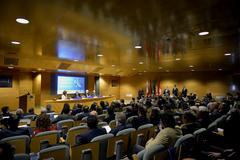 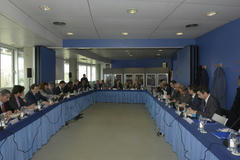 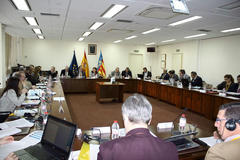 On the occasion of the celebration of the World Water Day on 22 March, the Arab Maghreb Union (AMU) and the Food and Agriculture Organization of the United Nations (FAO) launched the Maghreb Non-Conventional Water Initiative (IMENCO) in order to address water scarcity in the Maghreb region.

©2003-2021 — Technical Secretariat of the Mediterranean Network of Basin Organisations