MENBO's 9th General Assembly and the annual EURO-INBO Conference took place 27-30 of September 2011 in Porto (Portugal) on the invitation of the AdministraĂ§ĂŁo da RegiĂŁo HidrogrĂˇfica do Norte (Porto, Portugal). A Liaison Bureau Meeting of MENBO was celebrated 27 September at 15:30.

From 28-30 September more than 200 delegates coming from 42 countries, representatives of governmental administrations in charge of water management, of Basin Organisations, already existing or being created, of interested bi and multilateral cooperation agencies, as well as many observatory organisations, met in Porto (Portugal) on the occasion of the 9th General Assembly of the Mediterranean Network of Basin Organisations and the 9th International EURO-INBO Conference on the Implementation of the Water Framework Directive.Â

Mr. AntĂłnio Guerreiro de Brito, President of the ARHNorte (AdministraĂ§ĂŁo da RegiĂŁo HidrogrĂˇfica do Norte) in Portugal, was elected new President of MENBO. The General Assembly expressed it's high gratitude to Mr. Fadi Comair, General Director for Water and Energy and Electricity Resources (Lebanon), MENBO President 2009-2011, for his successful Presidency of the network. 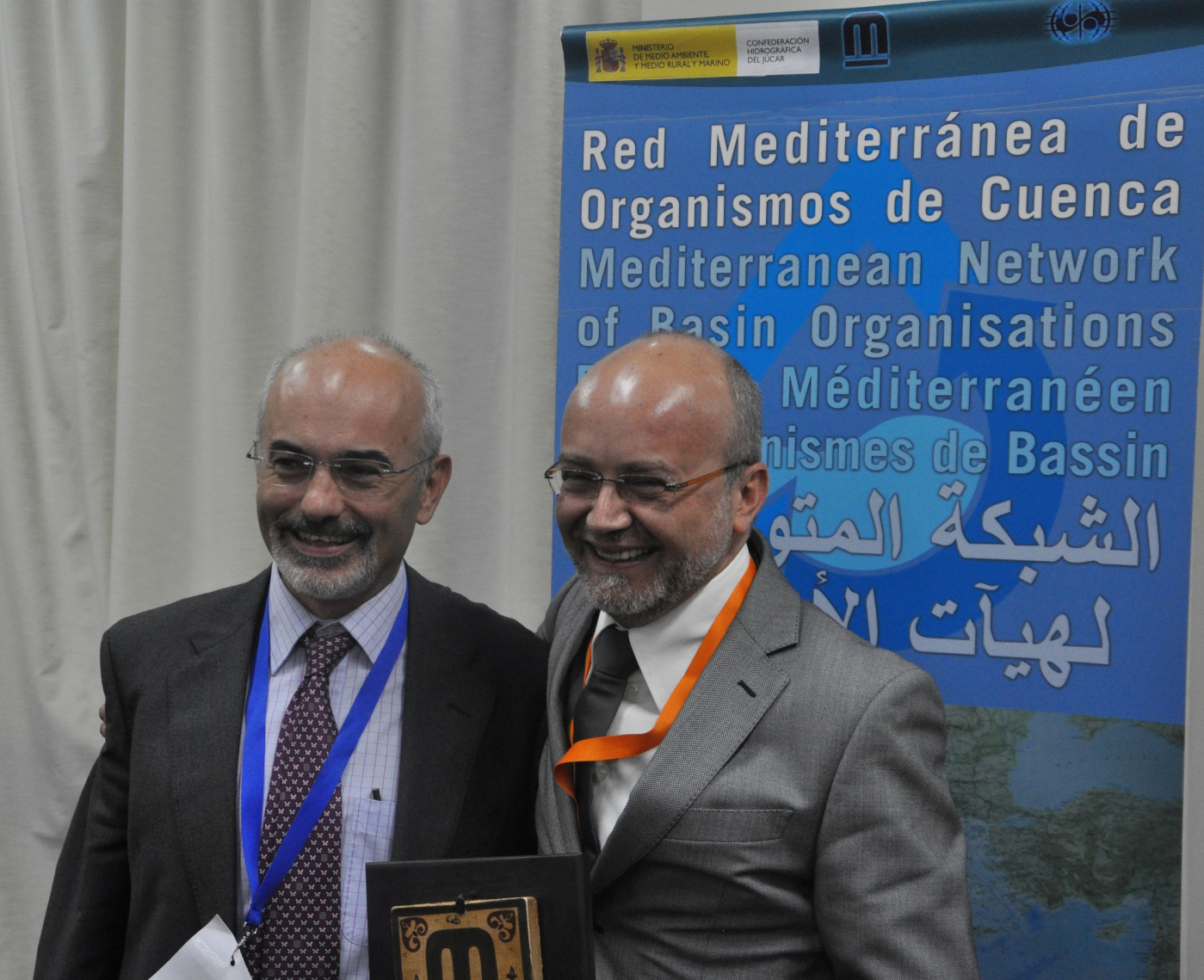 The General Assembly approved the Arno River Basin Authority (Italy) and the ARH Norte (Portugal) as new members and the Land Research Centre (Palestine) as observer of the network.

On 27th of September MENBO celebrated a Liaison Bureau meeting. The presentations given on the occasion of MENBOâ€™s General Assembly, the Liaison Bureau and additional information on MENBO can be downloaded here: 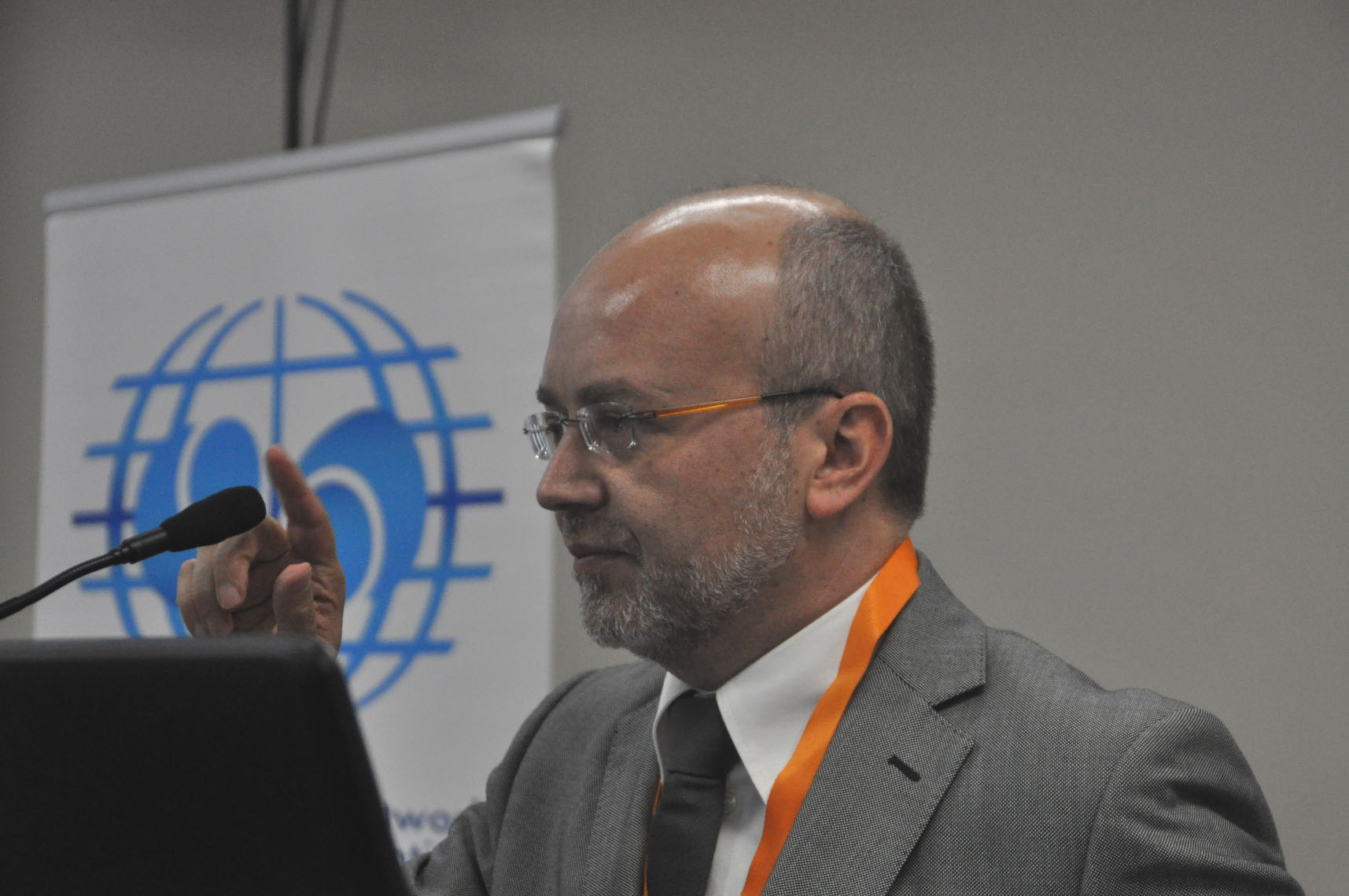 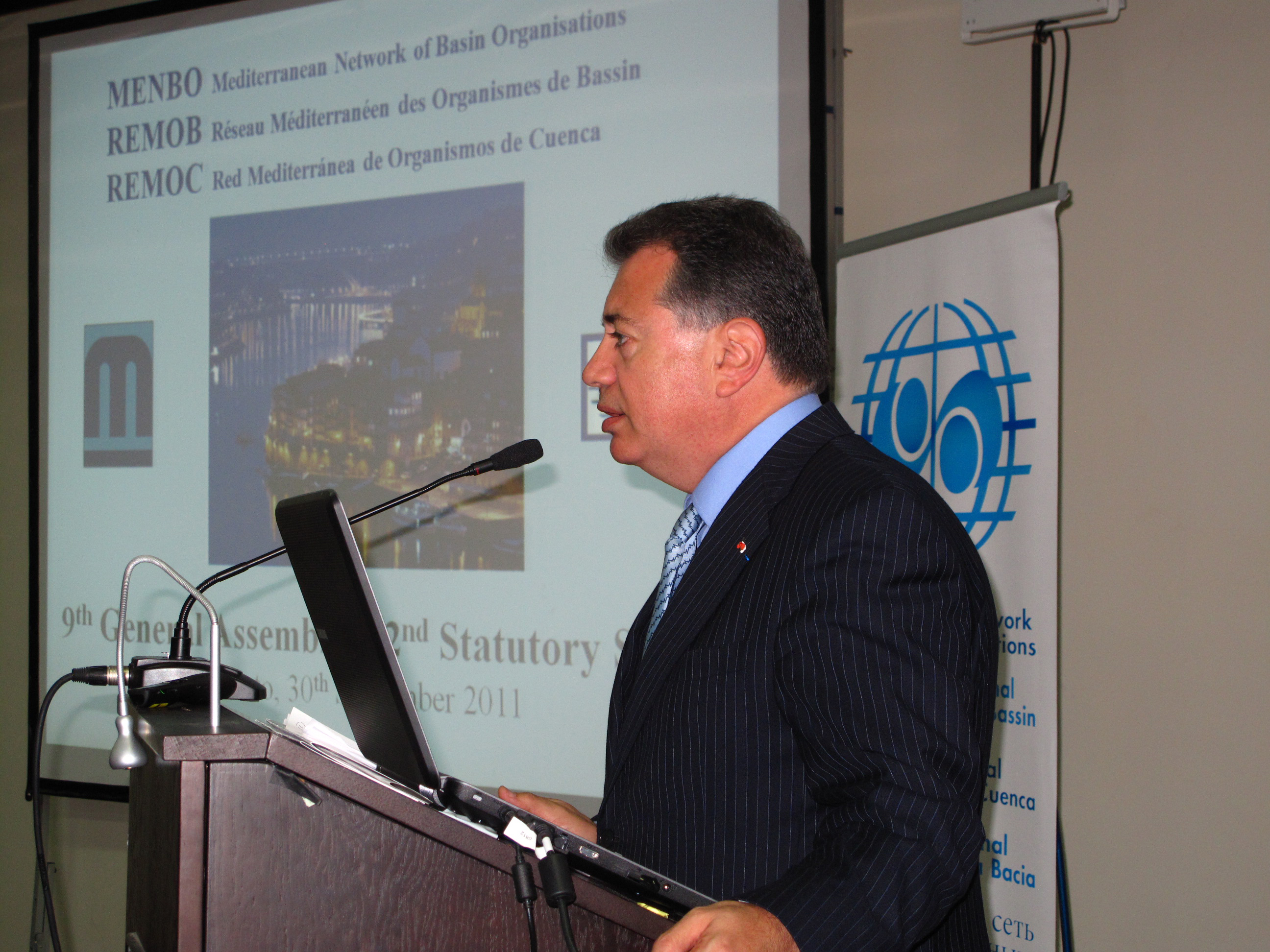 On the occasion of MENBO's General Assembly some of our network partners got the chance to present their networks and collaboration with MENBO. Additionally a presentation on the MELIA project and MENBO's role in the project was given. You can find the presentations here:Â

In five roundtables the Conference treated the following topics:

1 - Water and energy â€“ the dilemmas, costs and benefits.

2 - Experiences on the implementation of the WFD in non-EU countries.

Additionally the Conference will served as a preparation meeting for the 6th World Water Forum in Marseille in March 2012.

More information on the event can be found on the Conference website and here.

The 11th General Assembly of MENBO was held in Malta from the 22nd to the 24th of March 2017. The event gathered over 50 delegates coming from 10 Mediterranean countries, representatives of governmental administrations in charge of water management, of basin organisations, of interested bi and multilateral cooperation agencies, donors, water users, as well as numerous observer organisations, and took place at the invitation of the Maltese government, with the sponsorship of the EU FP7 Be-Water Project and the collaboration of Global Water Partnership-Mediterranean (GWP-Med) and the International Network of Basin Organisations (INBO). Please click HERE to see the agenda.

As well as celebrating the MENBO Liaison Bureau and the statutory sessions, the 11th General Assembly of MENBO was organised around three thematic Roundtables dedicated to:

There was also a special session focused on international initiatives and activities. Please click HERE to see the International Initiatives Session presentations.

During this 11th General Assembly of MENBO, the Presidency of the network was transferred from Portugal (2011) to Malta (2017), who will hold this position for the next two years. Mr. Daniel Azzopardi was appointed new MENBO President.

Please click HERE to see the Declaration of Malta.

Opening Ceremony of the General Assembly 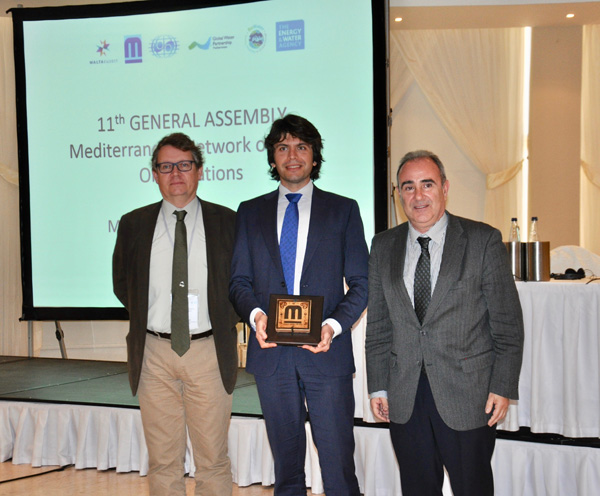